These are your tasks

You bring that with you

We offer you that

The ALDI Nord group of companies is one of the leading food retailers. With a tradition of more than 100 years, ALDI stands for the invention of the discount principle. Our mission is to provide people with what they need for their daily lives anywhere and anytime: quality products at low prices - simply and quickly. This also includes making shopping as easy as possible for our customers. We give our best every day and keep reinventing ourselves. Combined talent and commitment - that is the POWER with which we write success stories. Europe-wide in 9 countries with more than 5,600 branches and more than 86,000 employees. We are: Simply ALDI. Powered by people. 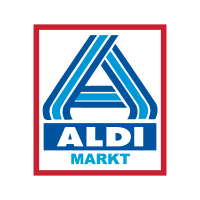 Aldi (stylized as ALDI) is the common brand of two leading global discount supermarket chains with over 10,000 stores in 18 countries, and an estimated combined turnover of more than €50 billion. Based in Germany, the chain was founded by brothers Karl and Theo Albrecht in 1946 when they took over their mother's store in Essen, which had been in operation since 1913. Aldi's German operations consist of Aldi Nord's 35 individual regional companies with about 2,500 stores in western, northern, and Eastern Germany, and Aldi Süd's 32 regional companies with 1,600 stores in western and southern Germany.