DevOps Engineer Salaries in Europe in 2018 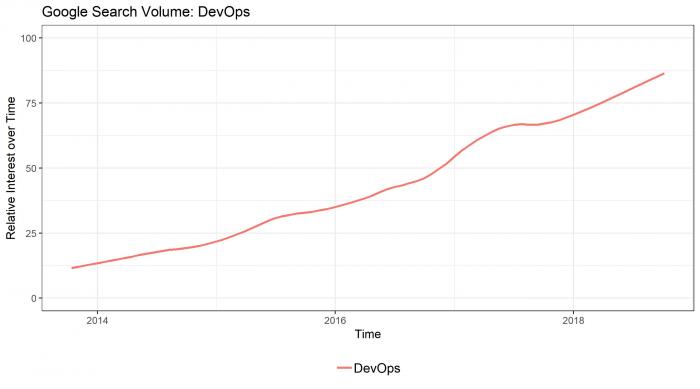 DevOps combines software development, quality assurance information technology operations. Over the past few years, the number of firms that are seeking out talent who can work at this crucial intersection is sharply rising. We looked at Google Trends to see how much the search term for “DevOps Engineer” had changed over time, and found that it has multiplied by six times since 2014. But how does the increase in demand translate into the earning of DevOps Engineers? To find out, we collected salary data from Glassdoor from 10 countries in Europe. 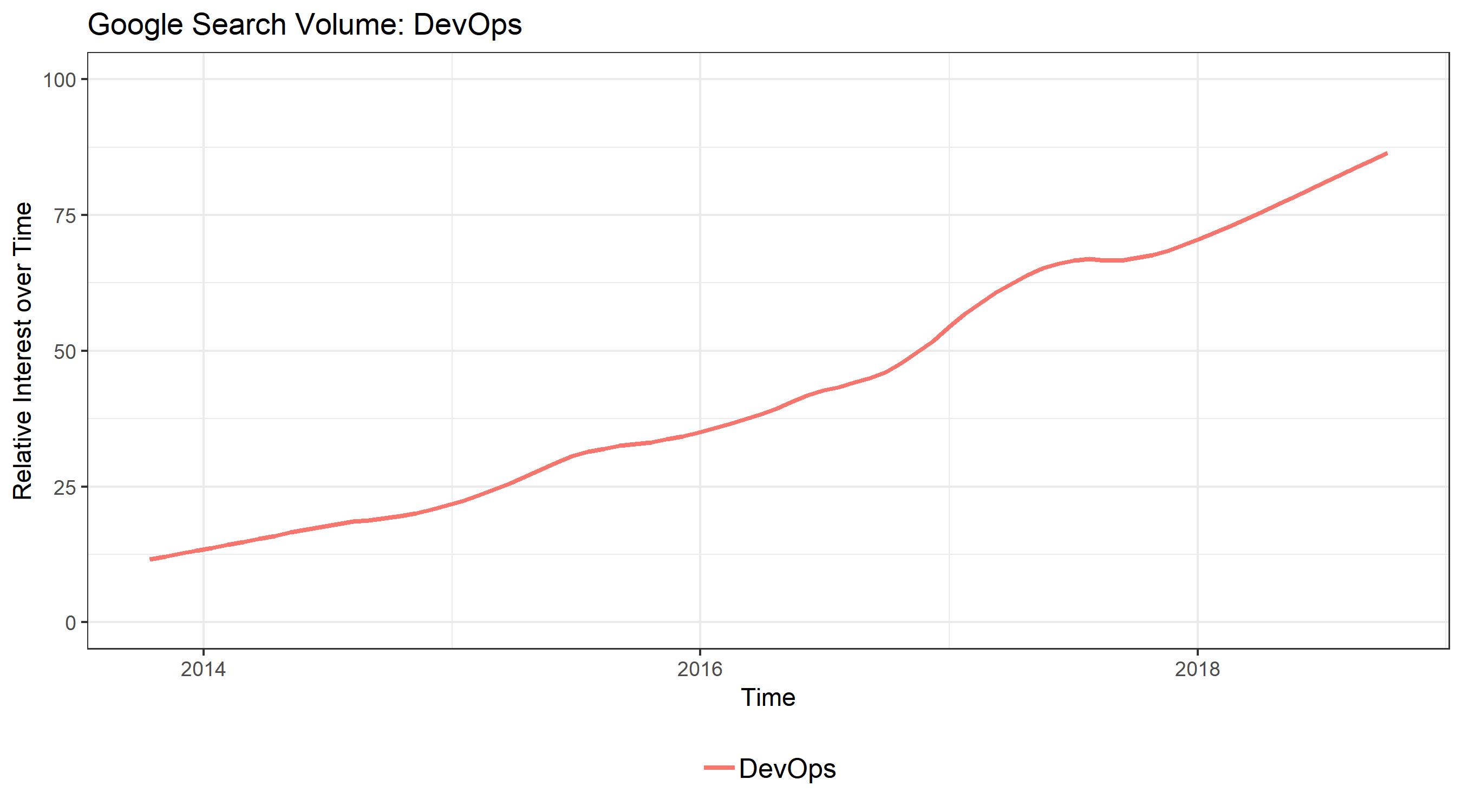 The Netherlands pays salary in Europe for DevOps Engineers

It’s hard to thoroughly assess salaries across Europe, as they’re not readily made available or shared. People don’t like to talk about their income, and firms don’t always release data. As a result, few reliable resources are available. However, Glassdoor has self-reported salary information available by location and employer and so it can give us some insight into the salaries of DevOps Engineers.

We searched the salaries for the job titles containing “DevOps Engineer” across Italy, Belgium, Switzerland, The Netherlands, the UK, Germany, Austria, France, Ireland and, Spain. To make salaries comparable, we changed them into annual salaries in Euro (GBP/EUR: 1.12, CHF/EUR: 0.88).

The graph shows nominal salaries per year by country and seniority. Junior salaries range from EUR 25,000 in Italy to EUR 83,500 in Switzerland. Austria and Germany closely follow, paying junior salaries around EUR 50-60,000. For the countries that we were able to collect data for senior engineers, the Netherlands pays the highest for senior roles, with just over EUR 75,000. 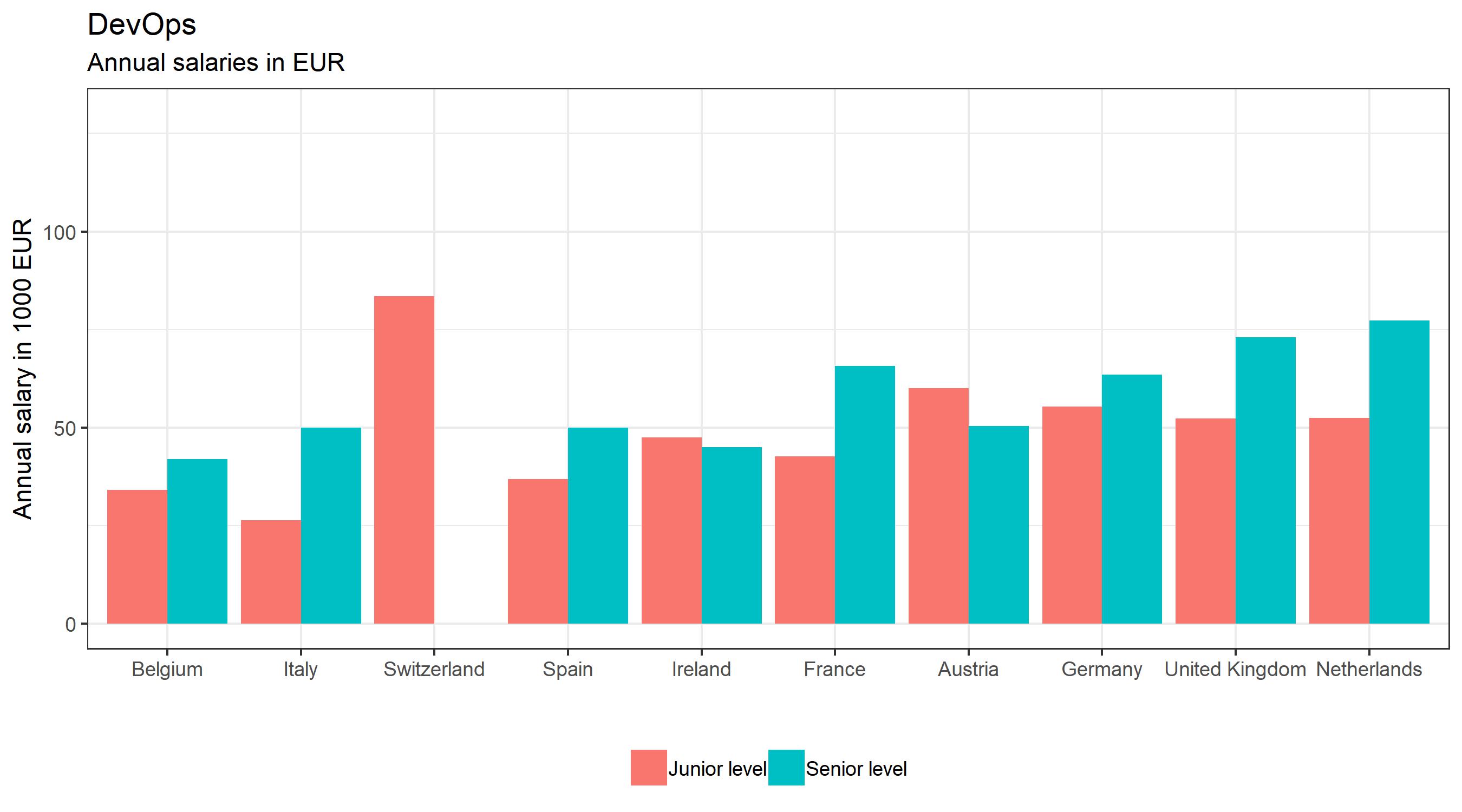 Austria becomes payer when the cost of living is adjusted

The nominal salaries don’t really tell us much about the underlying purchasing power. In order to compute real wages, we use the OECD price level index to adjust the local price level and take into account the cost of living in the European cities. For example, Zurich, Geneva, and London are well-known for being expensive cities to live in, with expensive wages, and so we need to adjust the scale accordingly.