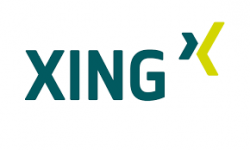 XING (named openBC/Open Business Club until 17 November 2006) is a European career-oriented social networking site for enabling a small-world network for professionals. The company claims that it is used by people from over 200 countries. Available interface languages include Dutch, English, French, German, Italian, Spanish, Polish, Portuguese, Russian, Simplified Chinese and Turkish. By displaying how each member is connected to any other member, it visualizes the small-world phenomenon

Email me jobs from Xing