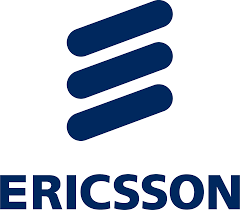 Ericsson (Telefonaktiebolaget L. M. Ericsson) is a Swedish multinational networking and telecommunications company headquartered in Stockholm. The company was founded in 1876 by Lars Magnus Ericsson; as of 2016 it is headquartered in Stockholm, Sweden. The company employs around 100,000 people and operates in around 180 countries. Ericsson holds over 42,000 granted patents as of December 2016, including many in wireless communications.[

Full time
(Junior) Software Engineer (m/f/d) Docker / Kubernetes / Cloud
Ericsson Backnang, Germany
As the tech firm that created the mobile world, and with more than 54,000 patents to our name, we’ve made it our business to make a mark. When joining our team at Ericsson you are empowered to learn, lead, and perform at your best, shaping the future of technology. This is a place where you're welcomed as your own perfectly unique self, and celebrated for the skills, talent, and perspective you bring to the team. Are you in? Come, and be where it begins. (Junior) Software Engineer (m/f/d) Docker / Kubernetes / Cloud Location: Stuttgart (Backnang) or Munich Req.ID: 658876 We are now looking for a Software Engineer to ensure the development of creative and competitive technical solutions in the exciting and forward-looking world of telecommunications. This job is perfectly suited for career starters or young engineers with a few years of work experience These interesting tasks and activities await you As a Software Engineer you will work on the continuous...

Email me jobs from Ericsson