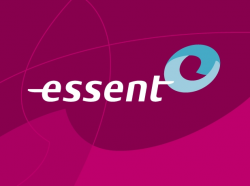 Essent NV, based in 's-Hertogenbosch, the Netherlands, is an energy company. It is a public limited liability corporation. Essent is the largest energy company in the Netherlands. Belgium is their second home market. Essent provides customers with gas, electricity, heat and energy services. Essent (including its predecessors) has over 90 years’ experience of generating, trading, transmitting and supplying electricity. Essent is part of Innogy SE. Essent has 2.3 million customers for electricity and about 2.0 million for gas. Essent was formed in 1999 by the merger of PNEM/MEGA Groep and EDON Groep, energy groups based in the south and north of the Netherlands respectively.

Email me jobs from Essent