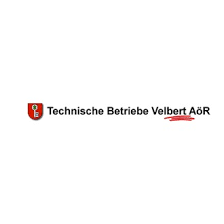 The Technical Operations Velbert (TBV) were founded in 1998 by various departments of the city administration as a facility similar to that of the city of Velbert. On January 1, 2007, it was transferred to an institution under public law with its own legal personality. Thus, the TBV AöR are now active as an independent company. Mr. Sven Lindemann has been appointed to the Management Board of Technische Betriebs Velbert AöR. He is responsible for the independent management of TBV AöR.