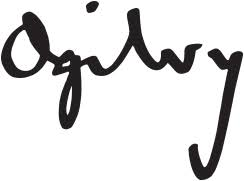 Ogilvy & Mather is a New York City-based advertising, marketing and public relations agency. It started as a London advertising agency founded in 1850 by Edmund Mather, which in 1964 became known as Ogilvy & Mather after merging with a New York City agency that was founded in 1948 by David Ogilvy. It is part of the WPP Group, which is by revenue one of the largest marketing and communications companies in the world. The agency is known for its work with Dove, American Express, and IBM.

Email me jobs from Ogilvy